The origins of trading date back to prehistoric times. It’s been there ever since man started painting symbols on cave walls and realized that in exchange for a spare flint axe he could get a new arrow head. This is how it all started.

Before modern currencies were invented, bartering was a common way to buy and sell goods, that is, to exchange them directly for the sake of mutual benefit. Some 10,000 years B.C., exchanging cacao leaves for shiny turquoise stones was as common as selling your car and buying a new one today.

Bartering, just like trading later on, was based on two main factors: products that were needed by others and negotiation between seller and buyer to reach an understanding and close the deal.

Over time, some of the items like precious metals or barley grains became so easy to barter that they were used as long-term media of exchange. This is how the first gold and silver coins emerged in many different parts of the world such as in ancient Greece or Persia.

As one of the first known metals since recorded history, gold has been the symbol of wealth, beauty and power. Gold has its inner value that remains independent of authorities or political regime. It is no wonder why until recent decades international trading was largely based on gold, or why it has been widely used as a means of monetary exchange. 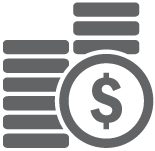 Gold standards were established as early as the Byzantine Empire. In one form or another gold trading standards remained in effect until 1971, when President Nixon ended the convertibility of the US dollar to gold. Since then all major currencies have been fiat currencies, which means that their values are not backed by gold and are free to change according to supply and demand.

And Trading Goes On

Ever since the first goods and objects were exchanged between people many thousands of years ago, trading has been a popular form of buying and selling, and even of making a profit.

Furthermore, today even trading money for money is possible. In 1971 the so-called foreign exchange market began to develop, and foreign currency exchange has become one of the most popular ways of trading.

Just as with the oldest forms of trading, the buying and selling of one currency for another is done directly, with no interference from a third person. Moreover, anyone can do it online, at any time and from anywhere.